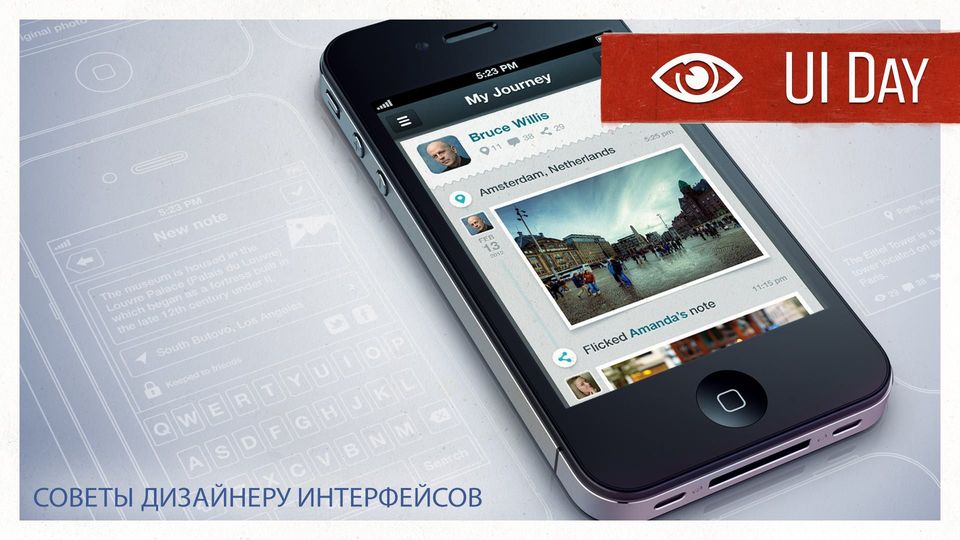 1. The principle of KISS. From the English "keep it short and simple". The interface should be simple and clear, the task should be done with a minimum number of actions, everything must be clear and obvious.

2. Look at everything through the eyes of the user. It is important to make the interface for real people. Often customers/developers make a product for themselves. As a result, the product can turn out to be not only inconvenient, but even useless.

3. don't make user think too mutch. You need to avoid complicated actions which force users to think about the question - how does it work? Everything should be simple and intuitive. Don't distract the user from the task.

4. Putting Emphasis. In each interface, there are important elements (accents) and unimportant, performing for example, a decorative role. You need to focus the user's attention on the accents, while placing them in such a way as to align the right sequence of actions.

5. Proven is better than trendy. Do not cling to fashion and do something just because they do so others, it's better to give preference to proven elements of the interface.

6. Familiar controls. In any modern interface has many controls, it will be better to use familiar elements and visual images.

7. Overcome inertia. Old users will often be against innovation. Introduce new methods in the interface, even if it is, but be careful. Sometimes the opinion of experienced users is more important than the innovation. Be careful to keep a balance between the new and the good.

8. Engage in service, not a picture. You should not design an interface, but a service, where the product is only one of the points of contact with the user. This can be a radio ad, an office, or a website. They all make sense if they help the user to solve his problem, to meet a need. No one needs the interface by itself, because it doesn't solve any problem on its own. Neither does the product. A bank website without a bank is nonsense.

9. People don't read, people browse. Users don't like to read large amounts of text, don't make them do it. Much better to use infographics, icons, images.

10. Miller's Purse. One functional block can not be more than 5-7 elements, otherwise the user will not be able to retain information in short-term memory. Ideally, reduce them to 3 in one block at all.

11. The principle of grouping. It is desirable to break down the information on the page into logical blocks (groups), so the user can easily navigate.

12. intuitiveness. All of the elements of the interface, especially those of the main functions of the system should be "at your fingertips", in plain sight. Particularly important elements should be highlighted.

13. Principle of 3 clicks. Should not be more than 3 clicks to go from one section to another.

14. Uniformity. In large projects, there is often homogeneous functionality in different parts of the site (for example, comments), it should not differ.

15. The principle of bridge rails. This principle is also called "foolproof", users should be protected from accidental actions.

16. Proper copywriting. Interface design is a lot of copywriting, every letter is important, especially headlines.

17. Principle of unity. Settings and controls should try not to be hidden in separate sections, but allow to manage from one place.

18. Trends. It is worth taking into account current trends, so that the interface is not outdated even before the release of the project, but to approach this thoughtfully. Trendy and new does not always mean good.